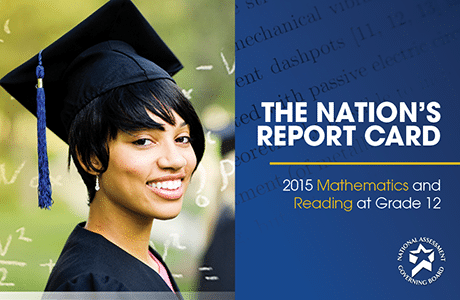 Results from The Nation’s Report Card: 2015 Mathematics and Reading at Grade 12 indicate scores for high school seniors were 2 points lower in mathematics and remained unchanged in reading in 2015 compared with 2013.

Overall, scores were not significantly different in mathematics and were 5 points lower in reading since the first comparable assessment year — 2005 for mathematics and 1992 for reading.

2015 Grade 12 Mathematics: The results are based on a nationally representative sample of 13,200 12th-graders from 740 schools. The mathematics assessment measures performance in four areas: (1) number properties and operations; (2) measurement and geometry; (3) data analysis, statistics and probability; and (4) algebra.

2015 Grade 12 Reading: The results are based on a nationally representative sample of 18,700 12th-graders from 740 schools. The reading assessment measures students’ comprehension of two types of texts: literary and informational.

The National Assessment Governing Board, which sets policy for NAEP, began using NAEP in 2013 to estimate the percentage of grade 12 students who possess the knowledge and skills in reading and mathematics that would make them academically prepared for first-year college coursework. The Governing Board has been conducting extensive research in this area since 2008.

To determine the percentage of students performing at or above the level indicating college preparedness, a single score is identified in each subject.

These scores correspond closely with scores that define the Proficient level but were independently determined as a result of the Governing Board’s preparedness research. 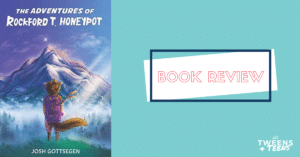