More than 140,000 kids will have the opportunity to visit federal public lands and waters in the 2015-2016 school year, thanks to 186 grants from the National Park Foundation, the official charity of America’s national parks.
These grants, part of the Foundation’s Open OutDoors for Kids program, support the White House youth initiative Every Kid in a Park.
The 186 grants total $1.1 million and provide funding to remove barriers to accessing our nation’s public lands and waters, with a special focus on underserved and urban communities. With cutbacks in school funding for field trips, this strategic funding will help provide comprehensive access to all federal sites, including national parks, forests, wildlife refuges, marine sanctuaries and more.
National Park Foundation grants, supported by Disney, have made it possible for more than 400,000 students (including this year’s grantees) to visit national parks and other public lands and waters. Since 2014, Disney has been the lead sponsor of Open OutDoors for Kids, opening a world of possibilities, inspiration and adventure for young people.
To participate in the Every Kid in a Park program, fourth graders nationwide can visit www.everykidinapark.gov and download a free pass.
Collaborations between schools, teachers, youth groups, Friends Groups, and other partner organizations make each grantee’s project possible. Examples include: 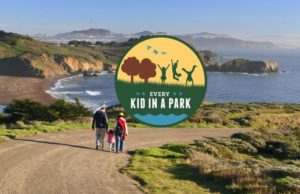 Every Kid in the Park is a White House initiative.

Individuals, foundations, and corporations can visit www.nationalparks.org/everykidinapark to contribute to the National Park Foundation’s efforts to support Every Kid in a Park. You can also view the full list of grantees, and their projects, on the same website.