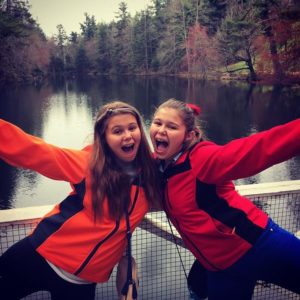 According to the National Center for Healthy Statistics, the twin birth rate in the US rose 76% from 1980 through 2009.
This increase may be caused by the popularity of growth hormones in food, fertility drugs and in vitro fertilization techniques, where 21 out of 1,000 births are pairs.
Twins, two babies produced by a single pregnancy, can either be identical (same physical features due only one egg) or fraternal (from two different eggs and look like two average brothers and sisters).
Related story: Raising Twin Tweens is Tougher than Terrible Twos
We wanted to take a deeper look at these 33.7 per 1,000 live births occurrence:

Want more? Check out this cool video with “10 Mind Blowing Facts About Twins:”