A Case for Bilingual Education

A Case for Bilingual Education in the U.S. School System
By Barbara Mascareno

Is it possible to administer a great educational system for all children, from all cultural background, and languages? That’s what Maria’s parents thought when they moved their family from Central America to the United States. Maria had a strong foundation in Spanish, her native language. But when she tried to learn English in school, she struggled to read, write, and speak the language.

Maria’s story is not unusual. Many children migrate from other countries to the United States every year. In fact, according to the Immigration Information Source study, children of immigrant parents increased from 13.1 million to about 17 million from 2000 to 2010. These numbers also translate to the number of students that attend U.S. schools from K-12 grades.
Although bilingual education was adopted by the Bilingual Education Act and later replaced by No Child Left Behind in 2001, why do these bilingual educational programs fail the average English Language Learner (ELL)?
Many bilingual programs adopt a general one-way type of learning.  When in fact, children learn the basics of a language in a 2-way immersion bilingual education. Young children learn the basics of phonics, letter recognition, and vocabulary simply from talking to other students and reading books. But when these children lack the basic language skills, they fall behind.
The most successful students are those that have a strong literacy foundation in Spanish, and learned English as a second language. It’s when 2-way immersion courses implement a principle of teaching language and reading skills, without having either Spanish or English dominate the class.
In this way, young children are able to learn more about history, social studies, and science. When the classroom adopts a curriculum of properly vocalizing the alphabet and letter recognition, phoneme awareness can easily be taught. Whether it is science or reading a Dr. Seuss book, early learners in English can begin to read in their second language, with confidence.
Reading is a life skill that every child needs to learn. But when ELLs improve the essential linguistic skills to learn a new language, often they perform much better in all academic areas. A 2-way immersion bilingual education is one way many of these children will be successful in school.
ABOUT THE AUTHOR 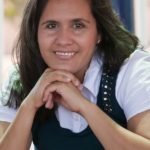 how to win back your ex

Barbara Mascareno is the founder of Spanish4Kiddos an online resource for parents, caregivers and educators who want to expand the learning experience of a child through introducing a second language.  Originally from Argentina, Barbara currently lives in Nevada with husband and daughter.  Boasting degrees in chemistry, Barbara’s passion has always been teaching.  She imparts the knowledge she gained while tutoring under the No-Child-Left-Behind program in this piece and on her site.