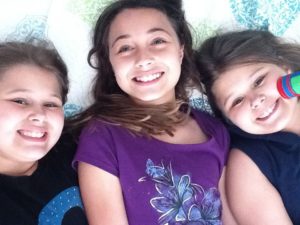 Recently I had a bout with cold-induced Asthma with my daughter. Since I wasn’t previously exposed to the process of watching your child not be able to fully breathe, the episode really scared me. I’m sharing this story to inform parents that they need to pay attention to symptoms and activities that when combined can prove very frightening.
Our family had endured a major construction process directly on the street in front of our house (installation of new sewer lines) for a month. The ridiculous amount of dust impacted one of my kids severely. We had nebulizer treatments, codeine-based cough suppressants, more than a week out of school and more until it came crashing together after a physical education period at school.
My daughter seemed to be better. The cough had subsided and she was going to PE as per her regular schedule. I got a call from school (always scary) after she had run a half mile outside and was severely weezing, having trouble holding air and heavily breathing. I was able to get over to the school within 20 minutes of the call and gave her a nebulizer treatment myself. But as I watched her, the breathing wasn’t getting better. She continued holding her throat and saying that the air “wasn’t going down.” Luckily her pediatrician’s office only is five minutes away from school. I rushed her over and they immediately rushed her into a room. Another nebulizer treatment and an oral steroid later, and nothing. I was really starting to get scared and my daughter was terrified. Finally, we ended up with a steroid shot in her leg to open her airwaves. If this didn’t work- the next step was the hospital. Thankfully it did.
I thought she was better and sent her to school. Now I realize I should have excused her from PE. She had developed sensitivity in her bronchials that can lead to these episodes. Her pediatrician recommended a Pulmonologist and now she’s following a regimen that includes an inhaler ahead of rigorous exercise. I’ll be taking her to a follow-up appointment to determine when we can fully remove her from this medication.
Parents and caretakers – be vigilant. Give them more time to recover. Since children tend to bounce back so quickly, sometimes we don’t give them enough time to fully recover. I know I will be more careful.
I did try a new homeopathic cough medicine that I liked during this cold season that I wanted to share. My girls have had good response to it so I just wanted to share the information.
Please share your recent scares or concerns with this Flu season- it’s been a rough one already!

DISCLOSURE: I received a sample of the Boiron Homeopathic Children’s Cough Suppressant during the Blogalicious Conference. All opinions are certainly my own.