Los Tweens & Teens Covering the Mid-Atlantic Region
An Awakening at Antietam & Gettysburg
Latinos and the Civil War isn’t always the first combination that comes to mind when thinking about our nation’s greatest conflict 150 years later. Having grown up in this country and completing enough school projects on the Civil War would suggest that I might recall such historical reference more clearly. It wasn’t until now as an adult and parent trying to awaken a sense of culture and history in my young children that I come to make such connections more clearly.
The American Latino Heritage Road Trip has afforded my family and I an opportunity to really learn some amazing facts. We had the privilege of meeting Ted Alexander, a Civil War Historian based at Antietam, who is mainly responsible for coordinating/collecting/authoring a recently published booklet by the National Park Service fittingly titled Hispanics & The Civil War. Available at most National Park Service bookstores and online, Ted sat down and reviewed the booklet’s main focus with us:

We could have spoken with Ted for days and never have been bored. The tweens themselves were engaged in the discussion and I think their upcoming history-related school projects will benefit from the experience. Another fantastic resource that we actually just stumbled upon was John Miller, a ranger with the Maryland State Parks service who oversees the Washington State Monument in Boonsboro, Maryland. He also provided a wealth of information about Latinos and their Civil War ties. Our tween reporters Sophia & Olivia asked him their own questions after touring the small museum:

Many people may consider that tweens might be too young to grasp these major concepts or be bored by parks, hikes and more. I disagree. Their age (7-12), which makes them old enough to understand but young enough to be very inquisitive, is a great combination for learning, and appreciating, history and culture at a pivotal point in their lives. The visit to Antietam and Gettysburg directly reminds all who pass through their sacred grounds of the severe sacrifice made by so many in the name of freedom and unity. Given the many issues that Hispanics, African Americans and other ethnic communities still endure today, a visit to these Historical sites is well worth the time for adults and kids. I was deeply impacted by it. 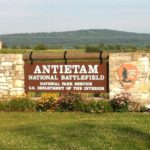 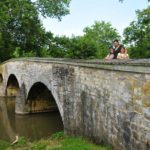 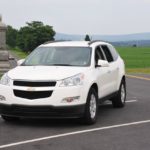 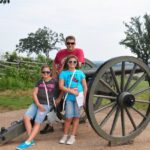 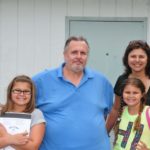 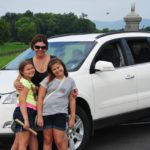 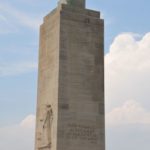 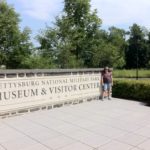 how to increase penile size