Los Tweens was invited to a media familiarization tour of Universal Orlando Resort. As always, all views are certainly our own.

Our team was invited to experience the new Wizarding World of Harry Potter – Diagon Alley at Universal Orlando and it was as if we stepped into the movie studio for Harry Potter movies! You’re transported from Orlando to London as you cross into the amazingly authentic area which includes the Knight Bus (a magical triple-decker bus), magic shops and alleys where wands actually work and unique treats only found in this area of the park. Diagon Alley surely is an area for older children who have had the opportunity to read some or all of the Harry Potter series as the books and movies just come to life. But anyone with an imagination can get a sense of the literary works and themes since the area is so well constructed and presented. 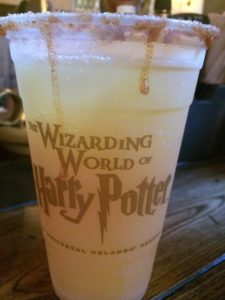 Diagon Alley & Universal Orlando Favorites
When I asked my family what were their favorite areas of the Park, I received a number of answers. My twin daughters (one has read most of the series and the other has not) told me immediately that they loved: 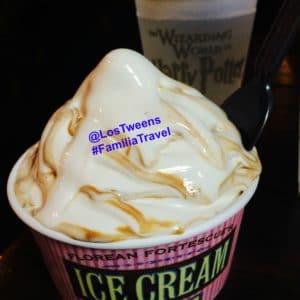 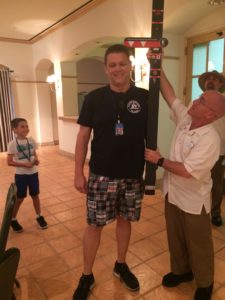 So I had to think of my own list and I have to say that I enjoyed the restaurant The Leaky Cauldron. I was pleasantly surprised with the food quality and unique offerings that include:

Instead of your average burgers you really are transported outside of a typical “theme park menu. 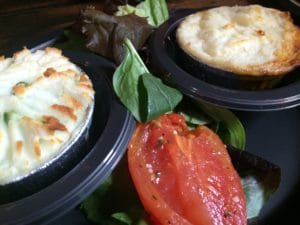 Cottage Pies offer a salmon or ground beef filling- I tried them both!

I also loved the train ride between parks on the Hogwarts Express – see our video on the Los Tweens Facebook page. At one point you literally disappear into the brick wall that makes everyone waiting giggle with silly excitement. The station and actual train ride are imaginative and authentic. If you’re not a series follower or reader, it simply feels like you’ve stepped back in time to enjoy a bit of old fashioned English hospitality with a bit of magic sprinkled in. 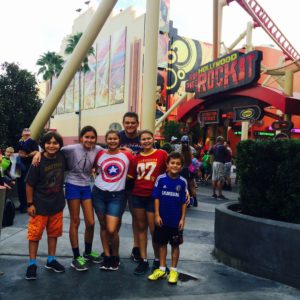 Our family truly enjoyed the new Diagon Alley at Universal Orlando. If you have the opportunity to plan an Orlando vacation with older children, I suggest you consider it since there are plenty of ticket specials and offerings for 2015.
Abrazos-