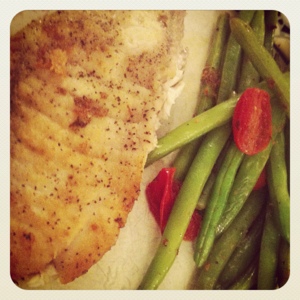 We’ve all heard the benefits of eating fish but those perks aren’t enough to convince a picky tween. During the Hispanicize 2013 conference in Miami this week, Bumblebee sponsored a reception for the bloggers and journalists. We had the pleasure of meeting Dave from Bumblebee’s headquarters. Cristy struck up a conversation with Dave on how to introduce fish to picky eaters. He had great ideas and we knew we weren’t going to be the only parents interested in hearing this.
Here are his tips:
– Use tuna in oil instead of tuna in water. According to Dave, tuna in oil is less flaky, has a less fishy taste and is generally better received by children.
– Mask fish in foods that children already eat. Try adding tuna to macaroni and cheese (more on that later) or tacos.
– Think about replacing tuna or any other fish in the place of chicken in recipes. For example: fish quesadillas or fish tacos
– Add a drop of oil, balsamic vinegar and a little salt to tuna instead of mayonnaise. It’s more flavorful and has less calories.
I had to share with Dave that I started cooking at the age of 8 and the first recipe I made was tuna casserole. The recipe was a can of tuna and a box of macaroni and cheese. From there, I began experimenting by adding vegetables , sautéd onions and peppers and then it took off. Tuna has always been a great option in my home for a quick protein that satisfies everyone.
I’m definitely going to be trying these tips in my house with my pickier eaters! Test them out and let us know how it goes!
Abrazos,
Katherine 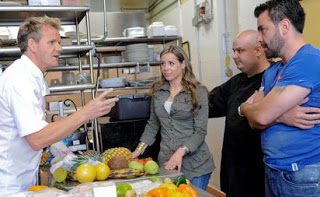