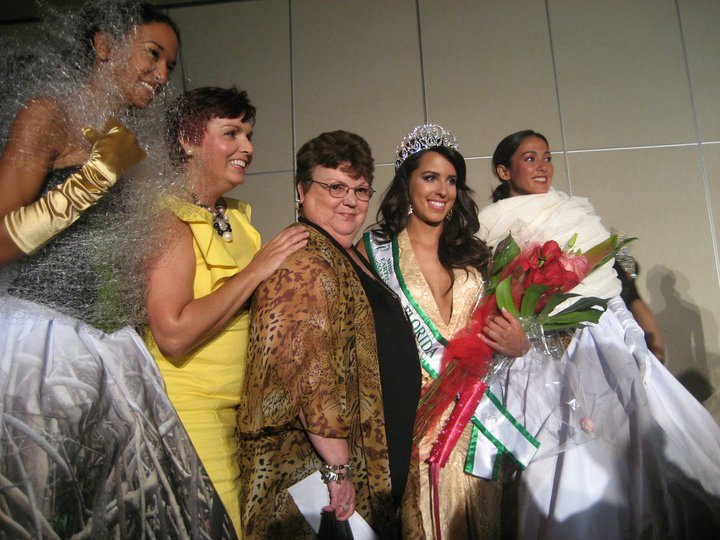 I sat down for lunch with Miss Cuba Kelly Saks planning to discuss beauty tips but ended up discussing the essence of Los Tweens – maintaining cultural identity.  Kelly was born, raised and educated in the United States and has never visited Cuba.   But her cultural roots are so strong that the Miss Cuba organization choose her to represent the island nation.  So what’s the secret?  Kelly attributes her strong connections to her family bond and the city of Miami.
“From holidays, to food, to expression, my family has taught me to appreciate my culture.”  Similar to Cristy and my own experiences, Kelly’s grandparents have served as her strongest cultural link.  She fondly shared that her favorite times are the ones she spends with her grandparents eating Cuban food and listening to her grandfather’s stories.
She also credits her mother for being a strong figure in her life.  Kelly’s mom focused on teaching them Spanish at home.  A trait that she says has helped her in all aspects.  Another lesson her mom stressed, “You can have anything you want as long as you work hard for it.”  While not directly tied to culture, it’s a sentiment that all cultures can agree on.
Kelly believe’s Miami’s diversity and acceptance helped shape her identity as well.  Finding people in your community that speak your language, eat similar foods and share your  beliefs are all key to the proliferation of culture for parents and children.
Inside or outside of the home, Kelly is a great example that sharing culture is the key to its proliferation.  Stories, photographs, food, traditions and all of the aspects that make up our cultural identities must be shared with tweens now so that they will be valued later.
With the holidays right around the corner, let’s take the time to resurrect traditional recipes and festivities.  Let’s sit around the table and share stories.  Invite the abuelos and family members to join in.  The kids will definitely be better for it and you might just learn something too!
Saludos,