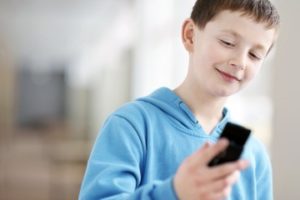 By Dennis Leap via theTrumpet.com
Dating is becoming common among younger and younger people. Parents are failing to step up and provide them the guidance they need to make wiser choices.
A 2008 survey that nearly half of 11-to-14-year-olds say they have been in a dating relationship. The survey, cited by the Wall Street Journal, was taken of over a thousand teens by Tru, a Chicago youth market-research firm, for Liz Claiborne.
You have to ask, why is a market research company asking teens and tweens questions about dating? Obviously to sell more products. Using survey results, advertisers blast adolescents with powerful ads of well-dressed teens and tweens in dating situations.
Parents, the media is not your friend. The sole goal is to goad you into buying their products. The subliminal message blaring over the airwaves is that the best parents shower their kids with expensive cell phones, computers, designer clothes and gaming systems. Parents are not only pressured into buying clothes—they are pressured to let their adolescents date.
Even more sinister communications coming from liberal sources spread a philosophy that undermines parental authority. Powerful media bombard parents with conflicting and confusing messages about how to parent. Parents are being pressured to be a friend—not a parent.
These same media sources instruct children about how their parents should be parenting them. No wonder we have so much conflict and strife in families.
An recent online poll on Yousphere, a social networking website for tweens and teens, revealed that an even higher percentage—6 out of 10—believe parents should let middle-schoolers date.
A parent that truly is a parent knows that 11-to-14-year-olds do not have the emotional and mental development to date properly and will be harmed by the experience. Confident parents don’t allow dating until the later teen years. Parents who capitulate to media and tween/teen pressure to allow dating could be more friend than parent.
A recent Wall Street Journal article on this trend helps make this point. It gives an account of 14-year-old Anthony who considers himself “more than friends” with a girl at school. Yet, the dating couple find it awkward to talk to each other face to face. “But they fire more than 300 text messages back and forth each day,” the article reveals. If Anthony cannot talk face to face with his “more than friend,” should he be dating?
The Journal article gives an example of one such parent who believes that banning dating outright is a mistake: “[T]he kids just do it anyway. And then you have no communication with them.” That is a sign of a parent losing ground.
Other parents think adolescent dating is cute. However, the Liz Claiborne survey found that “1 in 4 tweens say oral sex and intercourse are part of tween relationships.” That is a shocking discovery—one that should make all parents wake up. Yet, the author of the Journal article, Sue Shellenbarger, minimizes that part of the Claiborne survey by stating, “That doesn’t mean 1 in 4 tweens are engaging in those behaviors.” That’s right—the numbers could be worse!
Parenting is more difficult now than it was for us raising four daughters in the 1980s. Today, the pressures and pulls on parents are tremendous.
What children need most to thrive and survive is loving-but-firm parental authority. Be a parent—not a friend. •