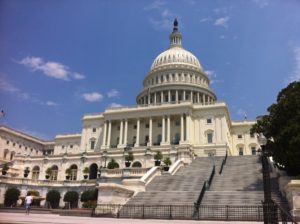 As the debate over immigration reform develops, one segment of the immigrant population has been significantly missing from the conversation: the children.  Unaccompanied children risk the long journey to the United States to escape abuse, violence, exploitation, and in hopes to reunite with family members.  But once they reach they U.S., they face the challenge of navigating a confusing legal system alone.
‘No’ right to a government paid attorney is granted in immigration courts. If a private-sector attorney isn’t hired by a family member or a non-profit organization steps in, immigrant children are forced to face a judge alone.  A Vera Institute of Justice study suggests that as many as 40% of unaccompanied minors qualify for some kind of legal status, but without legal representation they have little hope.
In 2012, almost 14,000 undocumented children were held in government custody and the federal government is expecting a 30% increase in 2013.  Children from El Salvador, Guatemala and Honduras are leaving their countries at a faster rate than all others.  Preliminary reports attribute this to increasingly violent gangs and drug traffickers that actively recruit children.
This worries organizations that provide unaccompanied minors with legal representation.  “Non-profits just don’t have the resources,” said Aidil Oscariz, attorney for the Children’s Legal Program at Americans for Immigrant Justice.  “The number of children requiring representation continues to increase at a pace that far exceeds the funding.”
Advocates point to comprehensive immigration reform as a possible solution.  “We’ve been advocating at the White House and Senate to ensure that unaccompanied minors are on the radar screen,” said Megan McKenna, Communications and Advocacy Director of KIND (Kids in Need of Defense).
KIND and American’s for Immigrant Justice are two of more than 200 child, immigration, religious, academic and civil organizations that co-released a list of guiding principles for children in immigration reform to D.C. decision makers this week.  Among the recommendations was a request that unaccompanied minors receive legal representation and are assigned independent child advocates.
Without provisions for unaccompanied immigrant children, immigration reform will fall short.  “Some children may benefit if their parents are given a path to citizenship but not the children who are here alone,” said Michelle Abarca, Supervising Attorney of the Americans for Immigrant Justice Children’s Program.
Our Los Tweens Publishing team firmly believes that we must support all of our children, including the undocumented or unrepresented so they can positively contribute to our society in the years to come. If you’re an organization that supports legal causes or are helping drive the immigration debate from a child advocacy angle, please don’t hesitate to reach out to us. We welcome sharing content that supports all Los Tweens and Teens.