The Mentor4Teens Series is presented as part of Los Tweens & Teens’ Partnership With Ford. Like always all opinions are our own.
Linda Ponder, better known in the social media world as “Ponderela,” is one of the people that lights any room she enters. Her kinded spirit and contagious puertorican energy draws you in and you want to be part of her world.
I had known “Ponderela” in the online world, as she’s also an influencer partner for Ford. But, I got to meet her in person in this year’s las session at the CMO Summit during the first day of Hispanicize, the largest conference for hispanic content creators and marketers that happens every year in Miami. 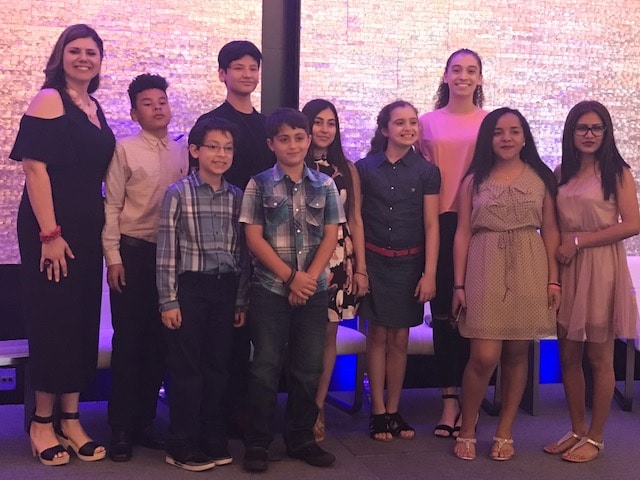 The session “Meet the Amazing GenZ Live Focus Group,” included a panel of 9 bicultural teens with Los Tweens & Teens founder, Cristy Clavijo-Kish, as the moderator. The audience was filled with eager marketers wanting to know how and why their brand messages are being embraced, rejected or ignored by the hyper-connected GenZers.
We recommend: Latino Tweens & Teens: An Americanized “Generation Z”
“I follow Linda Ponder, because I admire her and she’s a great influence for others,” said one of the girls at the panel when Cristy asked the group to name who they followed in social media. Later I learned that this girl is one of the 10+ teens Linda mentors in Miami – where they all live. Actually, a total of three teens (another girl and a boy) at the panel are lucky enough to be Linda’s mentees.
I couldn’t help but think how amazing this lady was to voluntarily take upon herself to take these group of high schoolers to field trips, get them connected to each other in a WhatsAPP group, but most importantly….be there for them as that adult cool friend (and even act as a mother figure at times).
I wanted to know more about this relationship, so I took the opportunity to interview them right there at Hispanicize and now I’m sharing the video with you below: