Moises Arias On His Role in Ender's Game & His Hispanic Heritage 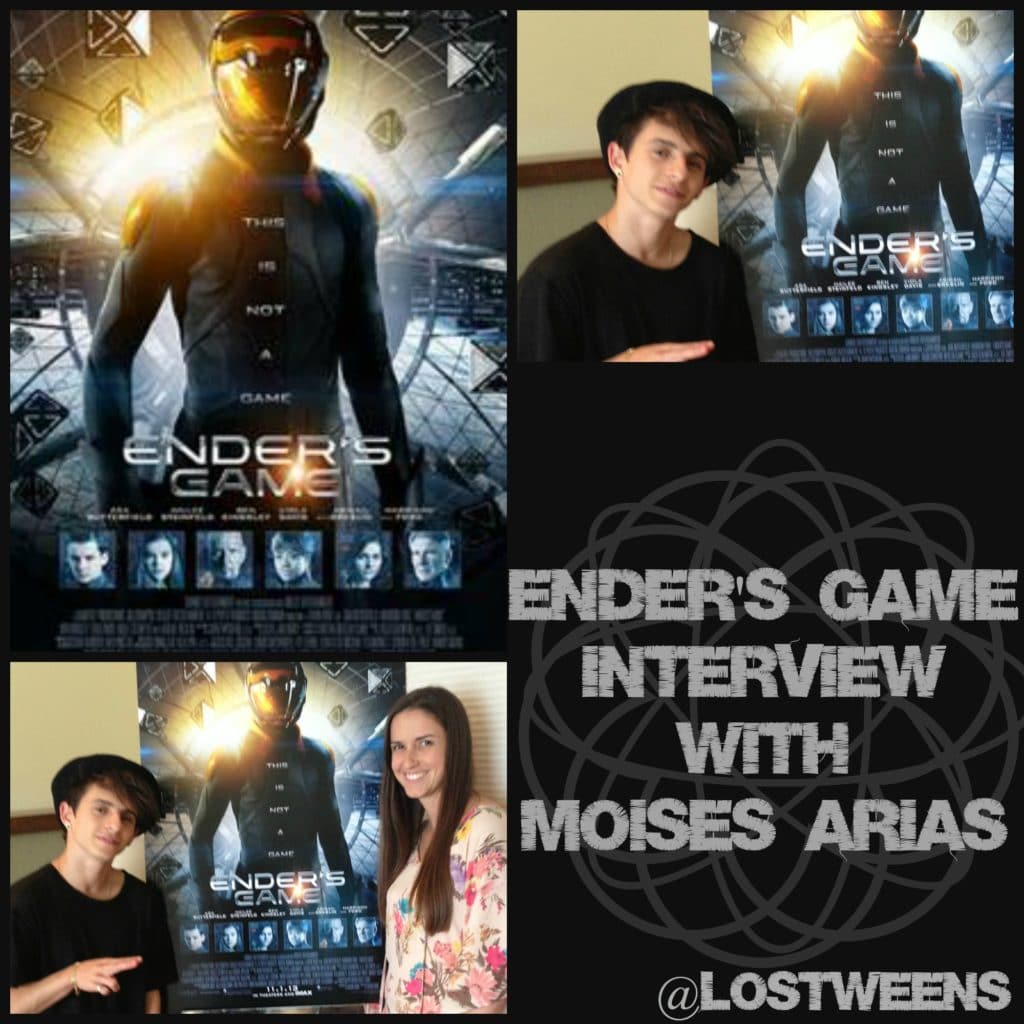 The science fiction thriller Ender’s Game has thrilled teen and older tween audiences since it was first published in 1985.  The virtual world, action, adventure and lots of heart novel was destined to one day make its way to the big screen.  But no one could of predicted that it would take 28 years to get there.
Hitting theaters on November 1st,  the movie takes everything readers love about the world and story of Ender and brings it to life.  While no movie can be 100% true to the book, Ender’s Game certainly does a good job.  Although, some may find Ender’s nemesis Bonzo Madrid to be a little different than what they pictured and actor Moises Arias agrees.

“I’m excited for people to see the dynamic between my character and Ender.” – Moises Arias

Not only does he agree, it’s what he’s mot excited for the audience to see.  “When I read the book, I pictured Bonzo to be a big, tough guy.  But what you get in the movie is me – a 5’1″, smaller guy.  I’m excited for people to see the dynamic between my character and Ender.  I worked hard on developing Bonzo into someone who wasn’t the gimmicky bad guy.”
A clear departure from one of his best known roles as the quirky, bad guy Rico in Hannah Montana, Moises still finds himself playing the villain but in a very different way.  “I was really excited for this role,” Moises said.  “It’s a transition, a graduation from my previous characters.  Hanna [Montana] was one of the best experiences for me.  I learned to become a professional. I learned a lot about acting, the industry, and work ethic.”
Ender’s Game tells the story of children being trained as soldiers to prevent another attack on earth.  The setting for this training – space.  So how does an actor prepare for zero-gravity scenes?  By attending military training and space camp of course!  Moises walked away from the experience with an even greater respect for the men and women in uniform.

“Keeping a language going is one of the best ways to keep culture.” – Moises Arias

Two other people he has great respect for are his parents.  The Colombian actor  shared that what he admires most about them is that “they’ve always stayed true to who they were and kept me humble” including making sure he spoke Spanish.  “Keeping a language going is one of the best ways to keep culture and my parents did that by speaking Spanish at home.  Telling children they have to speak a language makes them rebel but making it a way of life works.”
Watch Moises, Harrison Ford, Viola Davis, Asa Butterfield and more of the star studded cast of Ender’s Game in theater’s on November 1st.
*The movie is rated PG-13 and may not be suitable for the younger tween audience, so leave the kids at home and make it a date night!
Abrazos,